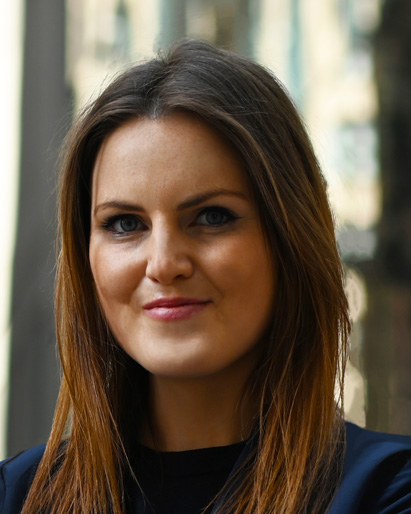 Kelly M. Barrett first joined Kralovec, Jambois & Schwartz in 2015 as a Law Clerk and was hired as an Associate Attorney after being admitted to the Illinois State Bar. Kelly concentrates her practice in the areas of Medical Malpractice, Wrongful Death, Nursing Home Negligence and Personal Injury.

Kelly received her Juris Doctorate from DePaul University College of Law where she was a Deans List student. Kelly is a graduate of DePaul Law’s two year JD for International Lawyers. While at DePaul Kelly was a member of the Civil Rights Clinic where she advocated for victims of police brutality and prison misconduct in Chicago.

Kelly grew up in Adare, Co. Limerick, Ireland. She is a graduate of Laurel Hill Coláiste FCJ and received her Bachelors in Civil Law (BCL) from the National University of Ireland, Galway, School of Law.