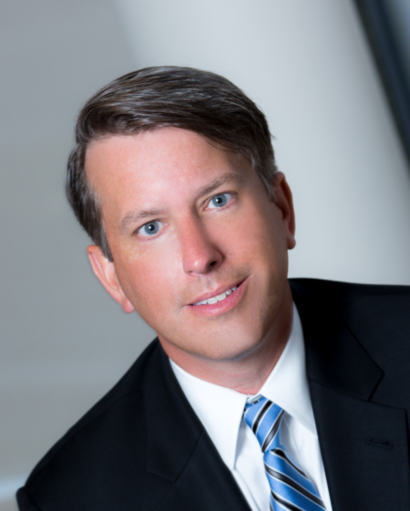 Paul D. Richter is an experienced trial attorney who has spent nearly 20 years in the practice of personal injury and wrongful death litigation. His career has been dedicated to representing individuals who have suffered serious, life-altering personal injuries caused by the negligence of others, and seeking justice for the families of those victims who have lost their lives due to negligence. Paul has successfully resolved multiple personal injury and wrongful death lawsuits in a host of complex cases, including cases of nursing home abuse and neglect; medical malpractice; commercial and private aviation crashes; accidents involving semi tractor-trailer trucks, watercraft, and other motor vehicles; construction accidents, and negligently manufactured and/or designed products. Throughout his career, Paul’s commitment to fighting for and protecting the rights of his clients has resulted in numerous multi-million dollar results.

Currently, Paul has focused his practice on representing and protecting the legal rights of victims of nursing home abuse and neglect. Kralovec, Jambois & Schwartz is an industry leader in protecting the rights of individuals who reside in nursing homes across state of Illinois. Furthering the firm’s commitment to advocating for this vulnerable and growing population of Illinois residents, Paul is committed to seeking justice for those individuals and their families who have been injured, abused or neglected while in the care of negligent nursing homes or assisted living facilities. Since focusing his efforts in this area, Paul has obtained in excess of $15 million for his clients.

The level of knowledge, skills and expertise that Paul has attained through his years of practicing in the field of personal injury and wrongful death litigation is demonstrated by the multiple, outstanding results he has achieved on behalf of his clients.

In his almost two decades of experience as a trial attorney, Paul has been a principal member of many notable, record-setting trial teams. Most recently, Paul was a primary member of the trial team that obtained a $7.1 million jury verdict in a case involving the crash of a commercial passenger jet in Lexington, Kentucky. Paul was also a leading member of the trial team that recovered $6.9 million in a case involving a fatal semi-truck crash in Madison, Wisconsin. Additionally, Paul second-chaired a jury trial in Cook County, Illinois, that resulted in a $9.8 million verdict on behalf of a medical student seriously injured due to the negligence of another medical student.

Paul has been publicly recognized on numerous occasions for the quality of his work and his professional success. For consecutive years, he has been named as an Illinois “Super Lawyer” by Super Lawyers Magazine, a distinction that is awarded each year to no more than 5 percent Illinois attorneys who have attained a high-degree of peer recognition and professional achievement. Paul was also recognized by Super Lawyers Magazine as a of “Rising Star” among Illinois lawyers, an honor given to no more than 2.5 percent of Illinois attorneys under the age of forty.